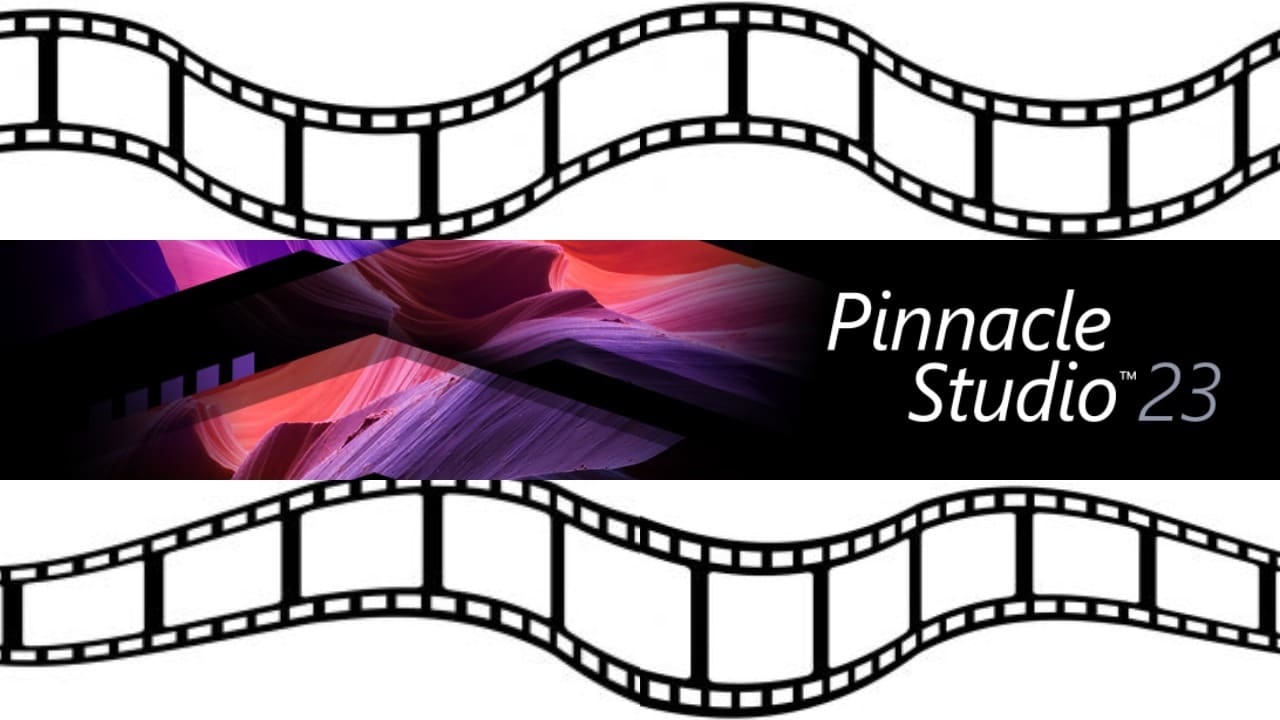 Designed with total accessibility and user friendliness in mind, Pinnacle Studio 23 Ultimate was engineered to bridge the gap between mid-level video editing software for amateurs and industry-quality manipulation for serious movie producers. Simple enough for anyone to use, but powerful enough for those working at the highest industry levels, just like ​Adobe Premiere Pro.

The question being, does Pinnacle Studio 23 Ultimate rival the power and performance of comparable video editing suites, only at a considerably lower price? Importing a clip is as easy as you’d expect it to be – you simply click on the corresponding tab and follow the instructions accordingly. Clips can be imported from all the usual internal and external devices, with Pinnacle Studio 23 Ultimate supporting a wide variety of video, photo and audio file formats.

One interesting option with Pinnacle Studio 23 Ultimate is that of being able to link to the clip/file you want to work on or make a separate copy of it. The linking option can be great for minimizing disk space requirements, but can nonetheless slow things down when working with multiple files from multiple sources.

You can also import footage directly from external sources such as video cameras or VHS, which is useful for quality improvement projects.

Of course, the vast majority of your time with Pinnacle Studio 23 Ultimate will be spent in the ‘Edit’ section, which is where you will find a whole world of cool features and functionalities. The timeline sits at the bottom with the preview window to the right, along with the various libraries to the left of the screen.

Pinnacle Studio 23 Ultimate comes preprogrammed with a bunch of intelligent and intuitive keyboard shortcuts, which can be adjusted and altered as preferred.  I have to say that the layout and interface are both as good as any I’ve come across, keeping things relatively simple and eliminating unnecessary distractions. The whole thing is unlikely to prove too daunting – even for those with no prior video editing experience.

Getting to grips with the effects takes a little time, solely for the reason that there are so many of them to play with. The icons on the left of the library provide access to titles, transitions, special effects, royalty-free audio, 3D text effects, themes, split screen effects and plenty more besides. More than enough to create an outstanding and 100% unique final result, without having to worry about plug-ins or added extras.

Within each category, you’ll find an extensive range of options presented as thumbnails. You simply click on the effect you’re interested in, evaluate how it looks and make adjustments as necessary. It’s good to see that the guys at Corel have inserted a little creativity and variety into the whole thing – not simply repackaged the same bunch of generic effects and transitions that have already been done to death.

Also worth noting is that Pinnacle Studio 23 Ultimate now includes the Newblue Video Essentials 1 collection as an added bonus, which brings a long list of industry-quality effects into the mix. All of which are just as easy to browse and use as the standard effects.

If anything, it’s hard not to get carried away when playing around with titles on Pinnacle Studio 23 Ultimate. The reason being that not only is the fantastic titles side-app exceptionally easy to use, but there are also tons of different effects to choose from – including superb 3D rendering. You start out with the intention of creating something simple, only to find yourself going nuts with the most elaborate 3D title you’ve ever seen after a few simple key presses.

This is, of course, all to its credit – complete creative freedom is never a bad thing.

While the split-screen side-app feature isn’t technically new, it’s been refined and optimized significantly for Pinnacle Studio 23 Ultimate. A whole bunch of bugs and issues with lag have been successfully eliminated, resulting in a smooth and seamless experience when creating and editing titles. All of which are then automatically added to your video at the position you choose.

The list of tools Pinnacle Studio 23 Ultimate brings to the table is pretty much exhaustive, which can be accessed by clicking the various buttons positioned above the timeline. You can choose which tools to display here in accordance with which you use most often, which is a nice feature in its own right.

All the usual standards are included – such as Slip, Slide and Roll tools – along with a variety of newcomers and interesting twists on familiar favorites. It’s also worth noting at this point that three and four-point editing is also supported by Pinnacle Studio 23 Ultimate, giving it the look and feel of a commercial-quality video editing suite. 360˚ video footage is also supported, just as long as you have the hardware to handle it.

When you’re happy with your footage and ready to export it, Pinnacle Studio 23 Ultimate makes the entire process a walk in the park. As usual, you’ll be presented with a series of preset file types of formats, which can be useful if you plan on publishing your work directly via Vimeo, YouTube, Facebook or elsewhere. The app’s interface supports this kind of direct publishing, which is another welcome addition to the suite.

If looking for something a little more old-school, Pinnacle Studio 23 Ultimate also includes a premium quality DVD Authoring Suite as part of the package.  Along with making it quick and easy to burn finished files to DVDs, the DVD Authoring Suite also enables you to create gorgeous looking menus from a library of themes and templates, along with submenus and various other customization features. Whether any of these additions and improvements represent deal-breakers in their own right is down to the user to decide. But given the fact that Pinnacle Studio 23 Ultimate is (for some reason) retailing at a lower price point than the previous version, it’s basically a no-brainer.

Pinnacle Studio 23 Ultimate is a powerful yet surprisingly user-friendly piece of software, which sells for a significantly lower price than many comparable video editing suites. It’s got all the tools, features and functionalities you’ll ever need, along with enhanced stability and fabulous user-interface that’s easy to get to grips with.

Is FLVTO safe? | Can You Trust This Downloader and Converter?