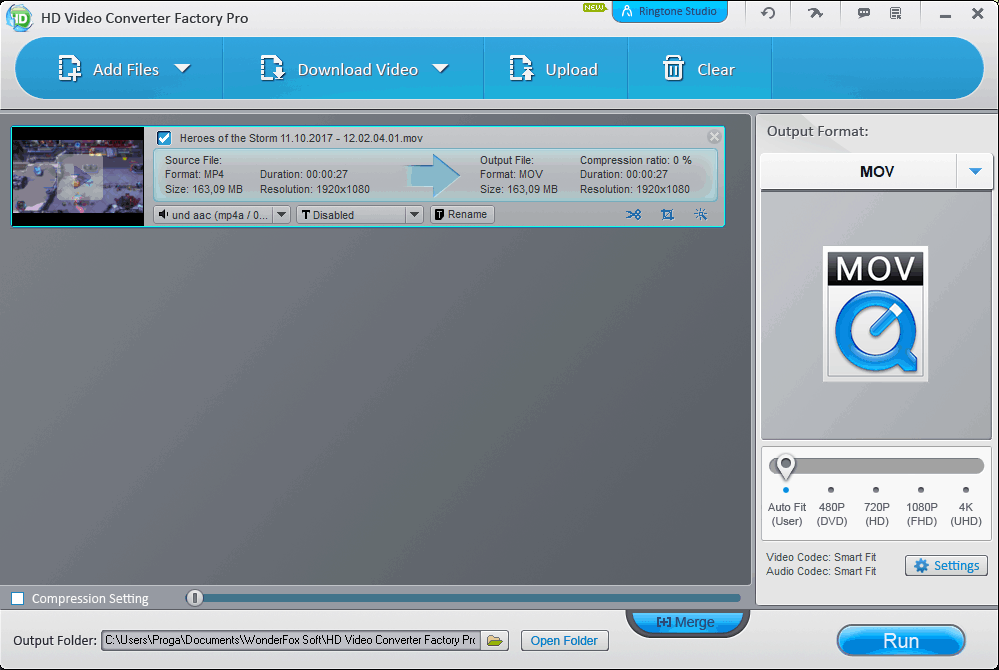 Have you ever felt the need to convert YouTube video to mp3? But can’t find a good video converter to mp4 for your favorite video files? Well HD Video Converter Factory Pro is the answer to your problem. We all know that converting video files from one format to the next can be difficult, frustrating and downright impossible sometimes. However, the right video converter can make your life a lot easier.

The million-dollar question is: Does “HD Video Converter Factory Pro” have what it claims to offer? Can it convert video files from dozens of formats to dozens more? That’s precisely what we attempt to answer in this video format converter review decisively.

HD Video Converter Factory is a video file converter or YouTube converter that promises to convert video files into many different formats. Whether you’ve just downloaded your favorite music video from YouTube and want to convert it to perhaps MP3 so that it runs on your iPhone, or you just need to convert a .AVI file to MP4 so that it runs on your Smart TV, this software promises to do just that.

In the following sections, we’ll dive right into the features this YouTube video converter mp4 has to offer. Our review should tell you if it is worth considering by videophiles and the general public alike.

Converts to and from Dozens of Video Formats

HD Video Converter Factory Pro can convert video in dozens of various formats. It officially supports slightly over 300 file types. Now, most people won’t need to convert in 99% of the 300 file types but having it just in case means that you’re always covered. You never know when an unknown file type can ruin your day. Whether you want a mp4 video converter, or a video mp3 converter speed matters. Nobody wants to sit all day waiting for a conversion to complete. Over the years HD Video Converter Factory Pro has improved the speed of its video conversion to the point where we can say that it is one of the fastest pieces of conversion software we’ve tested.

In our testing, it converted into most file formats from most others in mere minutes. Though UHD formats with high bitrates do take slightly longer but it still beats the competition significantly. Now while HD Video Converter Factory Pro allows you to convert YouTube videos, it also enables you to download videos and perform some basic editing. Granted that you won’t be able to make a sizable, good-looking movie using the software, but you will be able to boost or reduce the volume. You can also edit the output resolution too.

While the video downloading feature works for YouTube, it can be a little finicky. That said it is undoubtedly a big help for anyone who finds themselves needing to download a whole bunch of videos from YouTube or any other video sharing website.

Anyone can covert convert YouTube to video in mere minutes making it a good YouTube converter mp4. That’s the beauty of this software as it is so easy to use. The interface is self-explanatory for anyone who has a basic understanding of computers. However, the simplicity does not come by sacrificing features or power. Many of the features you find with HD Video Converter Factory Pro are even missing in more expensive professional suites.

HD Video Converter Factory Pro is not your run of the mill type YouTube video converter download. It is one of the most powerful and easy to use software we’ve reviewed over the years. Not to mention the fact that it is highly affordable. We highly recommend this software to anyone who needs to download and convert videos on a regular basis or even on a monthly basis. However, get the Lifetime License, for a one-time fee because after that you never have to worry about using another software again. Plus. HD Video Converter Factory Pro will only improve further with each update.

HandBrake Review | A Cross-Platform Video Converter With Buckets of Features